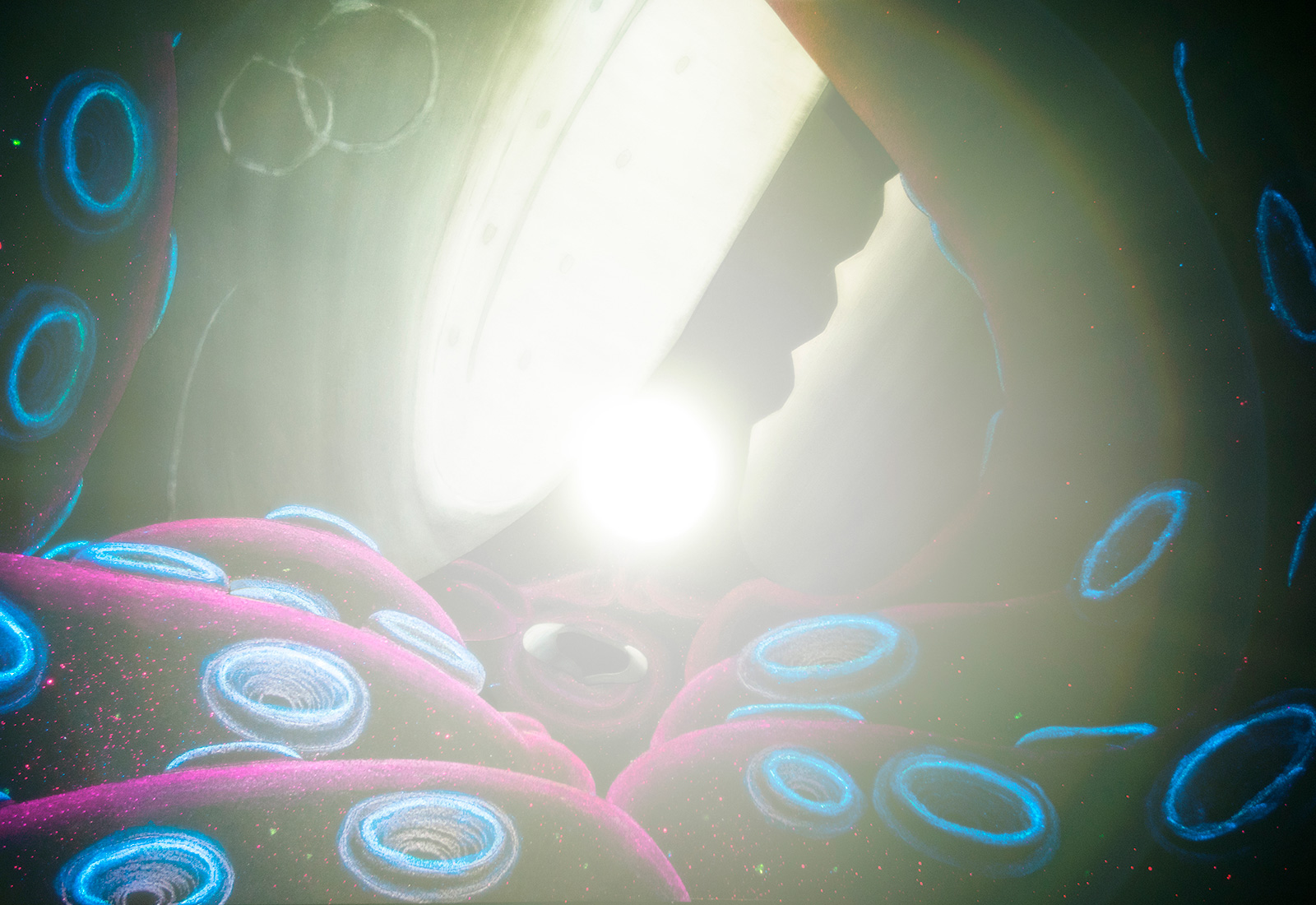 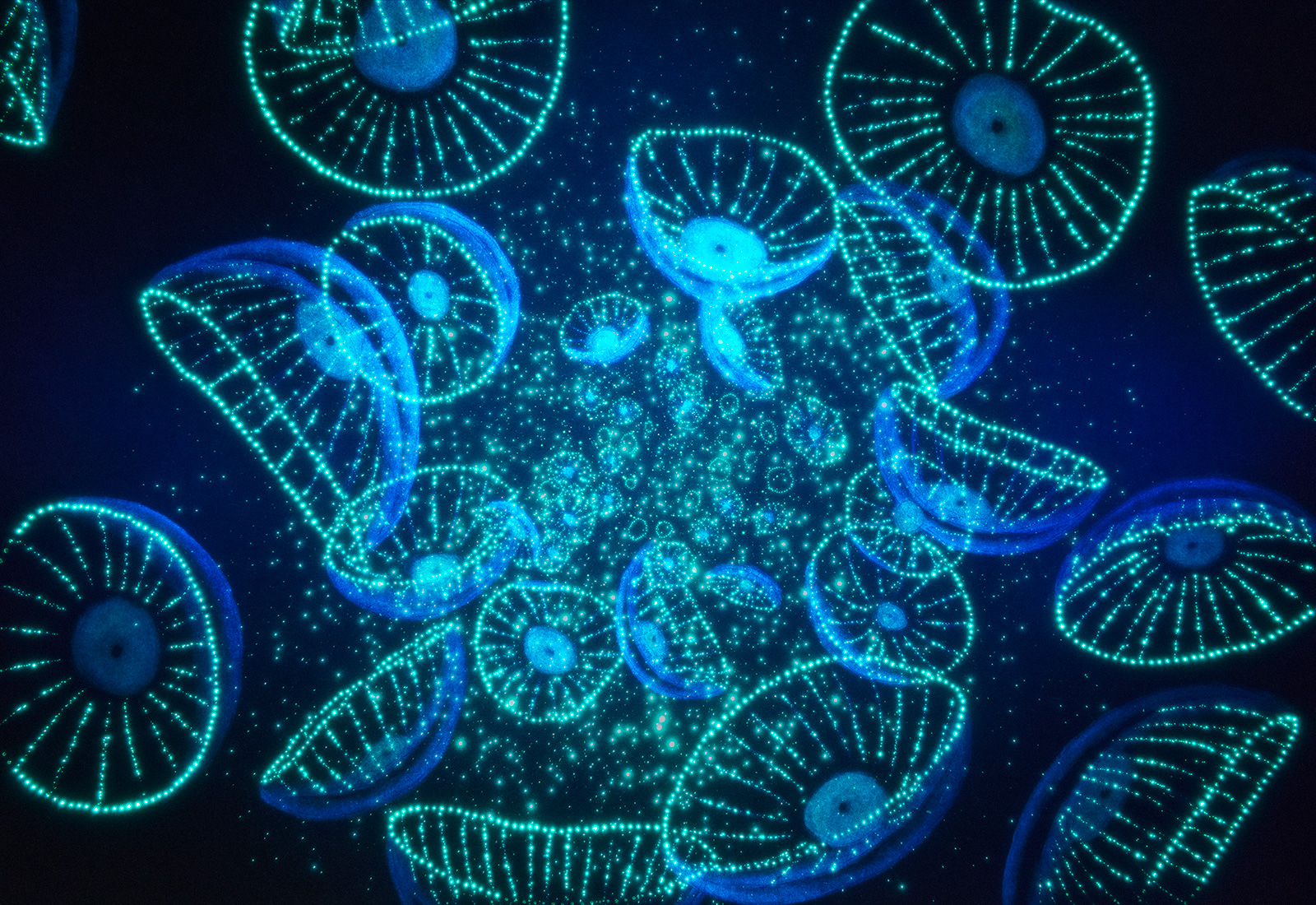 Myth of the Sperm whale and the Giant squid.

To be sunk in meditation and to imagine something in mind resemble feeling to swim toward the deep-sea. There are perfect loneliness and eternal darkness without time and space. Animation work "Deep Sea's Rainbow" is a myth of the deep-sea. In other words, it is Love beyond species that is talked in Greek mythology. It is a theory of oceanic life that is not allowed for us to be present.

In January, 2013, the Human encountered the giant squid in the deep-sea for the first time. The kraken that is talked in science fiction has gone to darkness of the deep-sea. Our miraculous encounter was 23 minutes. Cycle of the life in the deep-sea don't stop to attract us as well as a mystery of the space. 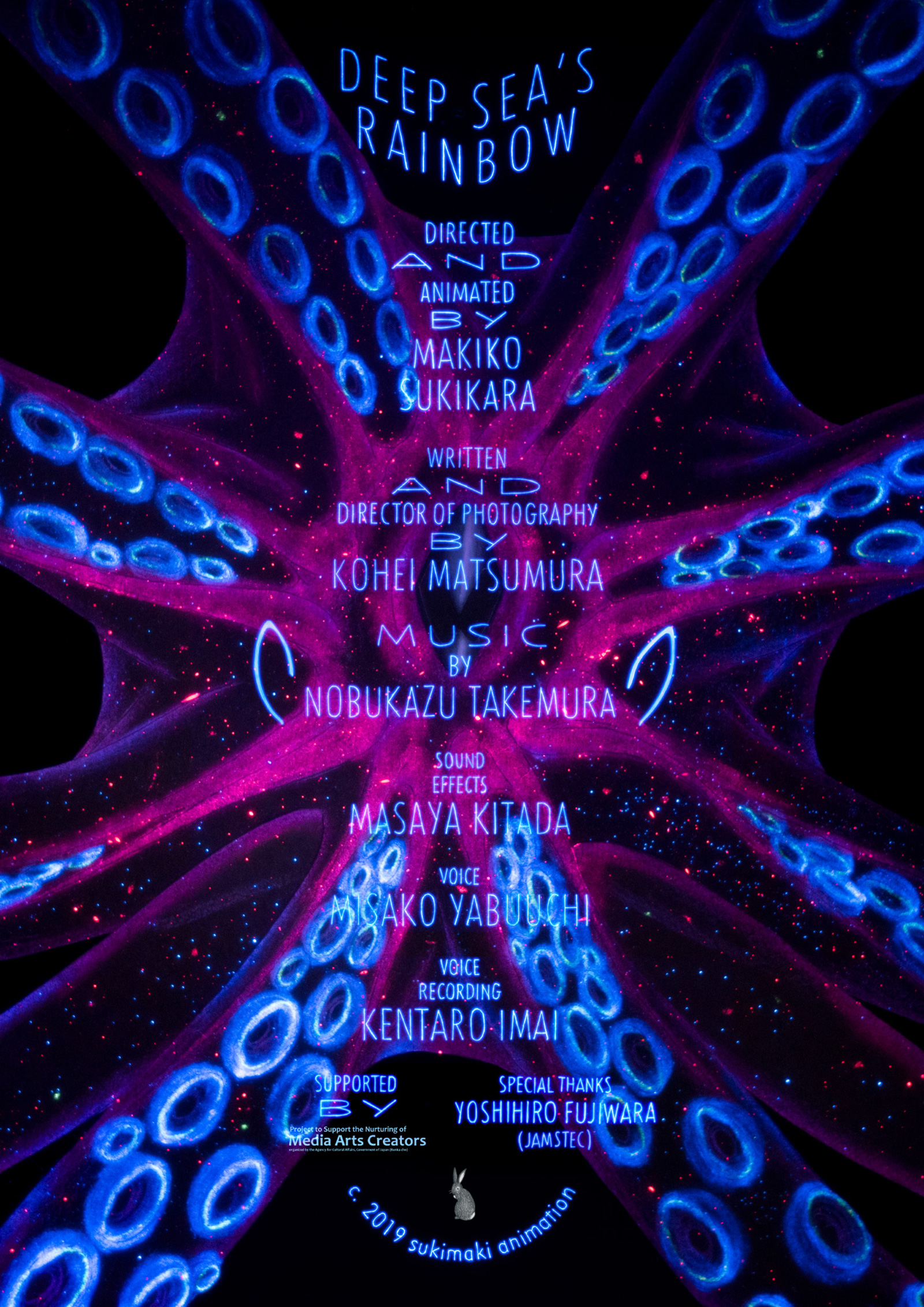